The coffee did nothing for me and I found myself waking up a few hours later. My dreams were not pleasant, filled with memories of my past: fire and heartbreak and death. I threw on the same old clothes I always wore and headed out of the Scarlet Adler.

If I wanted to know who was in Portent, I knew exactly who to ask.

Hudson Baker owned Baker's Shipyard. Born and raised in Portent, he spent his entire life working on ships and other big pieces of machinery. He eventually got bored with retirement and opened up his shipyard for all the travelers of the sector to pass through. I've been at Baker's ever since I got to Portent, and I'm one of his few long-term residents. Hudson helped me out when I was low on cash early on, and in return, I patrolled the area and kept it safe for a while. I honed my skills on those rounds and learned every nook and cranny of the settlement.

The storms on Saffron had died down and the sky had a pleasant reddish-purple color to it, streaked with the occasional crackle of electricity. A perfect day to people watch, as Hudson would say. I found him enjoying the afternoon sun doing just that. Hudson sat on a platform near the lower half of his ship, watching the CCTV cameras of the shipyard and looking through his binoculars at the nearby neighborhood.

"Hudson. Seen anyone interesting today?" I released Watt from his confines. It whirred and floated up the few feet to greet Hudson, an animated hand-waving emoji appearing on its display. Hudson waved back and smiled at me.

"Just the usual, really." He never took his eyes off the random people who passed by. Most people in Portent were getting ready to wrap things up for the evening, meaning there weren't many people to focus on. "Ya hear about the surge last night?"

I nodded. "Crazy stuff. Did you get to watch it?" I had to immediately suppress my anxiety. Hudson could see most of Portent from here. There was a chance that he saw me.

I watched a few people pass by before I continued to speak. "By the way, do you know anyone in Portent from New Bohemia?"

Hudson ran a few fingers through his beard. "A while back, sure. You're the only one I can recall lately, though. Wish I could see the government streets."

"Big favor. Got a case – Roger Usagi – and I found something from New Bohemia. Was wondering if I could take a look at your guest list? Just the last year. Trying to see if someone I know made their way through here."

Hudson is Locke's friend, so I don't see this Weak Hit being a bad thing. Just two friends exchanging favors.

Hudson thought about it for a moment – his eyes trained on a well-dressed man passing by, probably heading home after a day in the office – and nodded. "On one condition: you watch over this place again, like you used to. Just a few nights, couple hours. Ever since you stopped, I had to get some Peacekeepers and the number of thefts damn near tripled."

"Anything for you, Hudson." Watt showed a thumbs-up emoji.

Ten minutes later, I sat back down in my office and scanned Hudson's guest history for the last year. Hudson had tried to give me more, but I insisted on just what I needed. There were probably a dozen laws, at least, that he was breaking by just giving me—

A crackle of electricity traveled down my arm as I sucked in a breath.

I rolled twice on the name oracle and got Akim Kuzmin and Karthik Salvi. The latter instantly jumped out at me, as that's one of my Founding Clan's last names. I decided to take one from each and created Akim Salvi.

But I need a story for this.

When a Branded did anything "bad" – there was never an actual criterion for this – within the Salvi Pass, they were sent to Avam: the Branded Graveyard. It was a completely dead world, its only life – if it could be called that – being its captives. No one was quite sure who or what inhabited it before, but it soon became a prison and dumping ground. Some of the other sectors even sent their worst offenders there. Imagine: a violent murderer with the ability to throw razor-sharp icicles was in the same facility as a twelve-year-old who accidentally made an ice cube from thin air. In the eyes of normal humans, as long as we were the offsprings of Malice – the chaotic beings that caused us to have a mass exodus to the Forge – none of us were "harmless."

No matter the size of the infraction, we were sent there to let everyone else live out their lives without fear of us breathing the same air or being better at jobs. They feared us, blamed us for the things that we had no control over. It wasn't our fault some of us were infected. We were literally born this way.

I was sent to Avam when I was twenty-five. I'd gone my entire life keeping my Branded status a secret, only for one small slip up to land me locked away. I was devastated. My entire future, gone.

I made the most of my time there, though.

Even fell in love.

And then Karim Salvi showed up.

Karim Salvi – eldest son and next in line for leadership to one of the founding clans. Over the course of his life, he let it be known that he was sympathetic to the Branded. His family and most of this sector hated him, but we saw him as a beacon of hope. Someone out there didn't hate us for something we had no control over.

So, imagine my surprise when Karim showed up on Avam. He was covered in odd-looking tech and a few of his clothes were burned. He smelled of something that I couldn't quite place. I eventually learned it was paint thinner. He was the first Mimic I'd ever seen in person. Even though he wasn't actually Branded, his tech had allowed him to wreak just as much havoc on Avam as an Infernobranded.

He freed most of us from our cells. We formed an army and rescued more people, overtaking most of Avam's defenses. He ferried us away, dropping us off amongst the planets and deep-space settlements he trusted.

I saw the electrical storms of Saffron from space and instantly felt at home. And for the last five years, I've kept my head down as much as I could.

Karim died in a rescue attempt about a year after he helped me escape. Word was that one of the Branded betrayed him, but I don't know all the details. His death shook the Salvi Pass and – as much as I hate to admit it – made it worse for the Branded. It wasn't his fault. He died doing what he thought– knew was right. We could not thank him enough. When I heard they were having the procession on New Bohemia, I dropped everything. That man saved my life and countless others.

It was literally impossible for him to be alive.

But that meant someone was copying Karim. They were going to undo all of the great work he did, and his death was going to be in vain. As long as I was alive, I couldn't let that happen.

Even if the name I saw was his brother's: Akim Salvi.

So, it's not Karim, the Mimic he knew. However, Akim Salvi, in Portent? That's suspicious. And most definitely cannot be a coincident.

What's the current hustle and bustle of this new area?

Okay, I can work with this.

Slapped in the center of Portent lay the government district. It was busier than usual. From what I gathered, something about a derelict ship within Saffron's orbit.

A derelict meant there was a chance of finding black iron. I don't remember the last time they actually found any – had to have been at least a year ago. That never stopped the grubs from being deployed to pick the place apart.

I fiddled with the black iron coin in my pocket as I made my way to where the commotion was the loudest. The Salvis would probably be leading the charge themselves if they were in the area.

I stopped a young woman and asked her if the Salvis were present.

Not really sure if Compel was right here, but I didn't want to Gather Information. Locke is trying to convince her to tell him what he wants to know.

Now for some oracle rolls!


Aaaaand I think I know my "demand or complication."

She pointed in some direction and began making her move again. "I'm sorry miss. One more question: do you happen to know where Akim Salvi is, specifically?"

Her demeanor shifted. Fair enough. I had just asked for the son of Clan Salvi's location. I quickly realized she was of some official ranking. Something sector-wide. Definitely not Peacekeeper – they would have sold out Akim in a heartbeat.

Lucky for me, there were very few places for royalty to hide.

Let's bring in another reference!

I followed the woman's directions and made my way to a small huddle of people as they began to disperse. I smiled as I approached, instantly realizing who the woman was referring to as "boss."

"Holmes, I don't have time right now." Special Agent Agatha Lestrade took one look at me and rolled her eyes, then made her way towards a back hallway. She was moving quickly and I rushed to keep pace.

"Well, it's good to see you, too." I was still smiling but I kept a safe distance. She had incredible aim and I didn't want to end up on the wrong side of her pistol.

"What do you want?" Straight to the point. Always a good thing. I could do small talk with Hudson, but I was happy to skip the formality with pretty much everyone else.

"I'm looking for Akim Salvi. Heard he was on-planet. Figured with this derelict floating about, they would be leading the mission themselves."

She raised a brow. "What do you want with him?" Her voice was stern.

I explained a few details of the Roger Usagi case to her, leaving out anything Mimic-related. Lestrade sighed and took a look behind her. I could tell she didn't want to share, but we've watched each other's backs before. Despite her exterior, she trusted me, too.

Damnit. "You know where he went by any chance?"

She motioned her head upward sharply. "He's already on the derelict." 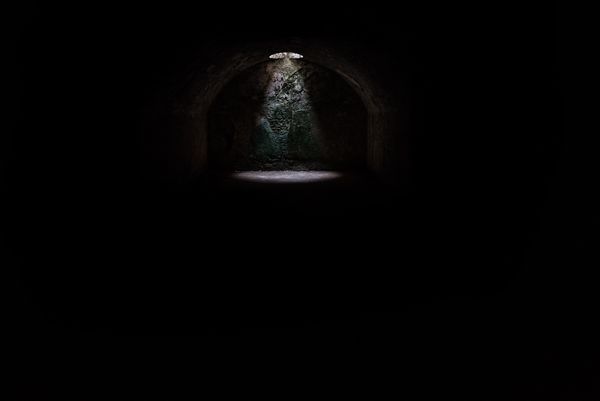