On June 5th I purchased two books, still following the theme set forth in my earlier reads. I was excited to read The Root by Na’amen Tilahun and The Fifth Season by N.K. Jemisin. I think I remember coming across both books after searching for some LGBT storylines, as I was feeling a bit underrepresented.

The Root excited me. Our main character is gay, and there’s some past relationship with a guy that I’m desperate to learn more about. And there are these creatures? Oh man. Tell me more, tell me more. The Fifth Season, on the other hand, confused me out of the gate. The prologue intrigued me, but then I came to realize that the first chapter is told not in first-person, not in third-person, but second-person? Who thought this was okay?????

Things shifted rather quickly after this. 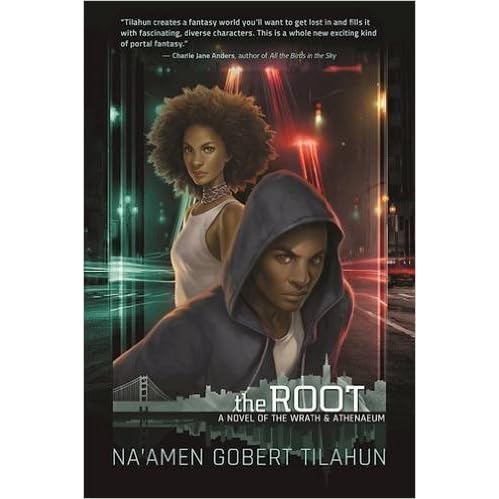 Next thing I know, *The Root* is tedious. And it seems as if any and all named characters had a POV chapter. I am not exaggerating. I think one of the “sibs" and the little girl saved in the beginning did not get chapters from their POV; practically everyone else did. I was so very, very confused. Things blurred together. The conflict was weak, at best. I wanted to DNF it so, so bad but figured if I just kept going things would click and I'd be happy that I pushed through.

I ended up eventually finishing it and I refuse to pick up the second book. I just don’t care enough about what was going on. I will say that there was a brief moment about 70% of the way through where I felt as if things were finally going to smoothen out and I could at least finish the book on a high note. Nope.

*The Fifth Season*, though? The second-person narrative was amazing. This only happened for one (lmfao) of the characters; the other two (lmfao, oh man, the inside jokes) are told in third-person. And then we discover…. Ooh, the spoilers. I was confused about the abilities of our main character and others like here in the beginning. I assumed she was something like a water bender, with her ability to ice people. And then there was heat? Oh, and the earth shook? Wait, they can ALL do this? Oh. And then it got so dark, and twisted, and emotional, and happy, and depressing, and angry, and… Wait, what? What do you mean, “Have you ever heard of something called---?” WAIT, THAT WORD HAS NEVER BEEN UTTERED AT ALL IN THE BOOK!?

Such a ride. Bit of a spoiler (for this blog series), I devoured the second book, and I love it as much if not more. I’ll get to the third installment early next year.

I say all this to say, The Root ended up being my absolute least favorite read of the year (possibly my life?), while The Fifth Season has skyrocketed to the top. It even ties up there with Children of Blood and Bone, but they are both amazing. Please check those out and enjoy them.

Next, I’ll cover a book that technically breaks my theme and another book by Octavia Butler!